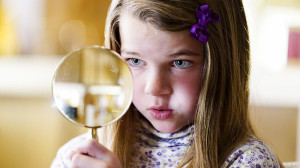 After Mary takes a job at the local church, Sheldon and Missy spend their first afternoon home alone. On Mary's first day on the job she finds herself becoming a marriage counselor to Pastor Jeff.

Missy: What's your homework?
Sheldon: Non-Euclidean geometry. How about you?
Missy: "Symonyms".
Sheldon: You mean synonyms?
Missy: I'm pretty sure she said "symonyms".

Sheldon: [WHISPERING] Let's make this quick.
Missy: Why are you whispering?
Sheldon: That's how people speak when they're being naughty.
Missy: I wouldn't know. I'm naughty all the time.

Mary: Okay, let's go over it one more time. House key's under the plastic owl by the front door. There's after-school snacks in the fridge. One for each of you. Emergency numbers are right there by the phone.
First aid kit is in the hall closet. And you won't be needing it, but under the kitchen sink is a fire extinguisher.
Missy: Ooh, that looks fun.
Mary: For fires only, and don't be starting one just to use it.
Missy: It's like she can read my mind.

Missy: We'll be okay on our own.
Sheldon: Yeah, we need to prove we can do this.
Meemaw: All right. I respect that. And I'm happy to keep this little incident a secret.
Missy: Really? I'm telling everyone. It was hilarious.

Mary: Well, I am happy to report that my potato salad is once again the hit of the potluck.
George Sr.: That's great, honey.
Mary: I feel bad for Pam Staples. No one's touching her potato salad.
Sheldon: If you feel bad, then why are you smiling?
Meemaw: 'Cause sometimes your mommy's a big ol' hypocrite.

In the recreation room at the church, Missy is dancing as a band sings “This Little Light of Mine”. When Pastor Jeff passes by he signals for Missy to stop dancing, but she continues as soon as he leaves. Mary returns to her family’s table and tells them her potato salad is the hit of the potluck dinner. When Pastor Jeff comes over to the table with his Spanish-speaking wife, Georgie can’t believe that the Pastor is married to such an attractive young woman. After Mary asks Selena how she’s liking Medford, she replies in Spanish that she’s never been so bored in her life, but Pastor Jeff translates and says she likes it just fine. After Selena excuses herself to use the bathroom, Sheldon says the Pastor’s Spanish isn’t very good. After Pastor Jeff asks to speak with Mary for a second, he tells her their church secretary is currently seeking treatment for an addiction and he would like her to step in.

Back home, Mary tells George about the job and what it would entail. When George asks about the twins, Mary says she’ll still get them off to school every day and Meemaw can keep an eye on them after school. George wonders if Meemaw will go for that, but Mary is sure her mother will jump at the chance to look after her grandchildren. Later, when Mary goes over to her mother’s house to ask, Meemaw says fat chance. Meemaw explains she is very busy, in the prime of her life, so doesn’t have time to look after kids three hours a day, five days a week. When Meemaw asks Mary why she doesn’t hire a babysitter, she says that would defeat the point of earning extra money. Meemaw wonders if Georgie could do it, but Mary says he can’t on account of his football practice and because she doesn’t trust him even when she’s at home. Meemaw argues that intelligent and responsible Sheldon could look after his sister and himself.

As George watches a football game at home while working on his playbook, Mary returns to say Meemaw is not interested in giving up her afternoons. A dejected Mary says it’s okay, the timing wasn’t right and she could reconsider taking a job when the kids. After seeing his wife’s disappointment, George goes to Mary as she makes dinner to suggest she take the job and see whether Sheldon and Missy can take care of themselves for a few hours after school each day. George argues that a little independence could be good for the kids, and he sticks by that even when he hears it’s exactly what his mother-in-law said.

Later that night, Mary says grace as the family sit around the dinner table. After Mary tells them she has some family business to discuss, Mary tells them about her job and explains what will change in the afternoons. Georgie thinks it’s a brave choice to leave his two siblings home alone. George tells Sheldon and Missy that it’s important to their mother and they expect them to step up and be responsible. Sheldon insists he can do that while Missy takes a moment to think about it.

On Monday morning, as Sheldon and Missy eat their breakfast, Mary goes over the important information they will need to know for their first time home alone. Sheldon tells his mother not to worry and that they will make her proud. When a tired Georgie comes in to sarcastically say thanks for waking him up, Mary says she woke him up forty minutes ago.

At the church, Mary goes to see the smoking receptionist to ask if Pastor Jeff’s available. Peg tells Mary he is busy on the phone, so she waits around as the receptionist nearly coughs up a lung before returning to her cigarette. After Mary goes into Pastor Jeff’s office, she tells him she thinks they have enough money to buy a personal computer to handle the church business. Mary realizes the pastor has been crying and asks him if he’s okay.

As Sheldon and Missy arrive home, they collect the front door key from under the owl on the porch. Across the street, Meemaw leaves her house in bowling gear as she sees Sheldon and Missy enter their empty house. Meemaw decides to go have a peek and make sure her grandkids are okay. As Sheldon and Missy do homework at the kitchen table, Meemaw sneaks around outside to check on them. The kids are scared when they see a shadow pass across the window. As a figure approaches the back door, Missy is ready with the fire extinguisher and Sheldon is holding a broom. When the door opens, Missy starts shooting the fire extinguisher. When Missy finally lays off, she realizes the figure underneath all the foam is her grandmother.

As Meemaw towels off in the bathroom, Sheldon and Missy ask why she was sneaking around out there. Meemaw admits she was checking up on them, but says she didn’t want to come in the front door as they were supposed to be doing this on their own. The kids realize she isn’t completely confident in their ability to look after themselves, despite her revealing that she was the one who told their mother they’d be okay. The kids say they’ll be okay on their own and need to prove they can do this. Before Meemaw leaves she offers to keep this incident a secret, but Missy wants to tell everyone as it was hilarious.

Back at the church, Pastor Jeff is crying into a tissue as he tells Mary about the problems in his marriage. Meanwhile, as Sheldon goes to the refrigerator for a snack, he decides to put the broom away. When he goes to pick it up the wooden handle gives him a splinter. Sheldon runs to Missy, who is watching a daytime soap, to show her his ailment. A distressed Sheldon claims it’s an emergency and that they need to call Meemaw. Missy says they can’t as they’ll never be allowed to stay home again. As Missy looks at Sheldon’s injury, she remarks that their mom would take it out with tweezers.

In the kitchen, Missy looks through the first-aid kit for tweezers. When they don’t find any, Missy remembers that Mary keeps tweezers in her make-up bag to pluck her eyebrows, but in the bathroom they don’t find any tweezers in their mother’s make-up bag. Missy thinks there might be some in their parents’ room, but Sheldon is worried as they’re not allowed to go in there. When Missy suggests getting a needle instead, Sheldon finds the courage to be naughty.

Sheldon stands outside their parents’ bedroom as Missy walks in and heads to her mother’s side of the bed. As she looks in her mother’s drawer, the bedside phone rings. A panicked Sheldon tells Missy to answer it and sound calm. When Missy picks up the phone, she finds it’s George wanting to know how they’re doing. Missy is smooth as she says they’re doing great: she’s watching TV and Sheldon’s reading quietly. After Missy hangs up, Sheldon says he doesn’t think he’s cut-out for this latchkey life. When the phone rings again, Missy makes Sheldon answer it this time. Sheldon refuses to enter his parents’ room, so he goes to the living room to pick up the phone. This time the call is from Mary, who asks how their day’s going. As Sheldon struggles to find a way to hide the truth from his mother, Mary overhears him telling Missy the grammatically correct way to say “It’s going good” would be “It’s going well”. Happy that her kids are doing well, Mary tells Sheldon she has to go back to work. After abruptly ending the call with a simple “Okay”, Sheldon thinks he did a good job.

When Pastor Jeff goes to Mary’s office at the church to apologize for unloading his personal business on her, she says it’s fine as she’s always happy to lend an ear. Pastor Jeff is pleased to hear that as he didn't tell her everything. He sits down to reveal that he went through his wife’s purse and took her credit card away. Mary tells him he can’t do that and should talk to his wife to explain their financial situation. After Pastor Jeff closes the door, he admits that he implied he was wealthier than he is when he and Selena were dating. The pastor leaves after Mary encourages him to pray on it. Mary decides to do the same, praying for the strength to not spread this juicy gossip.

Back home, Sheldon is reading quietly as Missy says she found her mother’s needles and a magnifying glass. Sheldon is adamant that he won’t let Missy come near him with a needle, until she points out his finger could become infected and need to be cut off. In the kitchen, after Sheldon numbs his finger in a bowl of ice, he puts his finger out for Missy and her needle. Before she begins, Sheldon says they need to sterilize the needle, so Missy fills a glass with her dad’s whiskey and dunks the needle. Missy moves the needle close to Sheldon’s finger, but at the last minute he pulls it away. Sheldon is worried she’ll slip and hit his eye, but Missy starts to tell Sheldon she always wins when they play- After a flash of inspiration, Missy runs to get the board game Operation, which includes a pair of tweezers. Back at the kitchen table, Missy sterilizes the tweezers and proceeds to extract the splinter from Sheldon’s finger.

Sheldon and Missy are watching ALF on TV as Mary returns home. When Mary wonders why the kitchen smells like whiskey, Sheldon literally points the finger of blame at Missy. A concerned Mary sees Sheldon’s bandaged finger and rushes to her injured son. Missy teases that Mary should wait until she hears what she did to Meemaw.