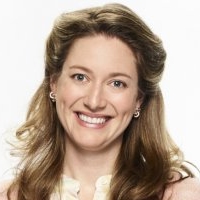 Zoe Perry is an American stage and screen actress known for her appearances on shows including Scandal, The Family and NCIS.

The daughter of two successful actors, she has appeared alongside her father, Jeff Perry, and her mother, Laurie Metcalf, in a number of projects. Now, Zoe Perry is following in her mother's footsteps in the role of Mary Cooper on Young Sheldon, a part played by her mother on The Big Bang Theory.

Perry's other television credits include recurring roles on the drama series Scandal, The Family, and My Boys, and guest starring roles on shows including Conviction, Grey's Anatomy, Private Practice, NCIS, and Liv and Maddie. Her first TV appearance was playing a younger version of her mother's character, Jackie Harris, on Roseanne.

Her film credits include the movies No Pay, Nudity, Turkey Bowl, Cotton, and Deception. Perry's theater roles include productions of The Other Place, Good Television, Peace in Our Time, and The Autumn Garden. Recently, she has appeared in a production of Anna Christie at the Odyssey Theater alongside her father Jeff Perry.