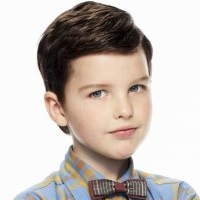 Armitage's first TV appearance was in a 2017 episode of the long-running drama series Law & Order: Special Victims Unit. His breakthrough part came with his recurring role on Big Little Lies, based on the book by Liane Moriarty and adapted for television by David E. Kelley.

His film credits include the 2017 drama film The Glass Castle, which starred Brie Larson and Woody Harrelson, and the recent Netflix film Our Souls at Night, starring Robert Redford and Jane Fonda. He will also appear in the upcoming independent film I'm Not Here with J.K. Simmons.

A huge fan of the theater, Armitage attends as many Broadway shows as he can and has reviewed shows on his YouTube channel, IainLovesTheatre. He covered the red carpet for the 2016 and 2017 Tony Awards, interviewing top Broadway stars.