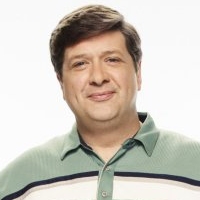 Lance Barber is an American actor perhaps best known for his role as Paulie G. on the HBO drama series The Comeback.

Barber has had recurring roles on TV shows including black-ish, It's Always Sunny in Philadelphia, Faking It, United States of Tara, and Californication.

Since his first TV appearance in 2001, Barber has featured in numerous shows including Joey, Gilmore Girls, The Mentalist, Monk, Key and Peele, How I Met Your Mother, and Brooklyn Nine-Nine. In 2011, Barber guest starred on The Big Bang Theory as Leonard Hofstadter's high school bully.

His film credits include roles in Gangster Squad, The Godfather of Greenbay, For Your Consideration, Leatherheads, and Buster's Mal Heart.