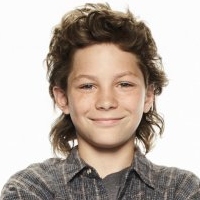 Montana Jordan is an American child actor who will make his film debut in the 2017 film The Legacy of a Whitetail Deer Hunter and his television debut with Young Sheldon.

At the age of twelve years old, Montana Jordan was encouraged by people in his local community to answer a casting call, despite not having any prior acting experience. He was chosen over nearly 10,000 other applicants for the part of Jaden in The Legacy of a Whitetail Deer Hunter, starring opposite Josh Brolin in the independent film produced by Scott Rudin. He learned to play the guitar for his role in the movie.

He will make his television debut in the role of George Jr., Sheldon's older brother, on Young Sheldon.