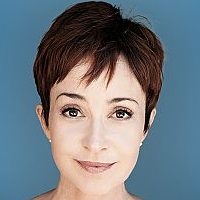 Annie Potts is an American actress best known for her role as receptionist Janine Melnitz in the Ghostbusters film series and as Mary Jo Jackson Shively on the CBS sitcom Designing Women.

Apart from her memorable role in Ghostbusters, Potts' film credits also include Corvette Summer, Pretty in Pink, Jumpin' Jack Flash, and Who's Harry Crumb. More recently, Potts has appeared in the films Chu and Blossom, As Good As You, and had a cameo appearance in the 2016 Ghostbusters movie. Potts has also lent her voice to role of Bo Peep in the Toy Story series of films.

Following her role on the long-running sitcom Designing Women, Potts went on to star in the '90s sitcom Love & War and the drama series Dangerous Minds, based on the film of the same name. Potts also starred in the Lifetime drama Any Day Now and the short-lived ABC comedy-drama GCB.

Potts has had recurring roles on TV shows including Huff, Joan of Arcadia, Law & Order: Special Victims Unit, The Fosters, and Chicago Med. Potts has also made guest appearances on shows including Ugly Betty, Boston Legal, Two and a Half Men, Grey's Anatomy, and NCIS: New Orleans.

On Broadway, Potts has appeared in productions of Pippin and God of Carnage. Her other stage credits include off-Broadway productions of The Vagina Monologues, Love Letters, Charley's Aunt, and A Little Night Music.

Potts is currently a visiting professor and board member at Stephens College, where she received her BA in theater.