306 'A Parasol and a Hell of an Arm' Press Release 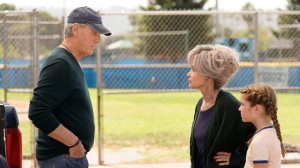 CBS has released the synopsis for the November 7 episode of Young Sheldon, "A Parasol and a Hell of an Arm".

"A Parasol and a Hell of an Arm" - A church carnival leads Missy to try out for the baseball team. Also, Meemaw struggles after her breakup with Dr. Sturgis, on YOUNG SHELDON, Thursday, Nov. 7 (8:00-8:31 PM, ET/PT) on the CBS Television Network. Craig T. Nelson guest stars as Coach Dale.

After this Thursday's new episode of Young Sheldon, "A Pineapple and the Bosom of Male Friendship", the show will be taking a short break. A rerun of last year's Halloween episode, "Seven Deadly Sins and a Small Carl Sagan", will appropriately be airing on Thursday, October 31.