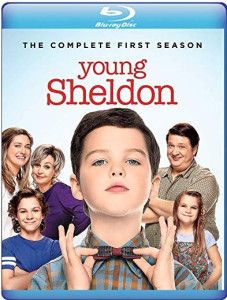 Growing up won't be easy for 9-year-old maths and science genius Sheldon Cooper. While the gifted, naive Sheldon must cope with East Texas, where church and sports rule, his very normal family must find a way to deal with him. His football-coach dad, George Sr., struggles to connect with a son he doesn't understand. Sheldon's mother, Mary, protects and nurtures her "square peg." How can Sheldon's older brother, Georgie, possibly be cool with his little brother in all his high school classes? Sheldon's twin sister, Missy, might resent all the attention he gets, but she's the one person who tells him the truth. Join young Sheldon on his awkward and hopeful journey to becoming the iconic, eccentric, extraordinary physicist we know and love from The Big Bang Theory.