The fourth season of Young Sheldon continues Thursday, January 21 with "Freshman Orientation and the Inventor of the Zipper" at 8/7c on CBS.

Previous Episode:
A Musty Crypt and a Stick to Pee On 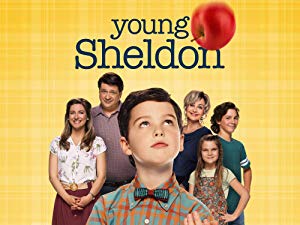 Country music legend Reba McEntire will guest star in an upcoming episode of Young Sheldon, according to TVLine.com.

The singer and actress, whose eponymous sitcom ran for six seasons on The WB/The CW, will be playing the ex-wife of Craig T. Nelson's Coach Ballard. Nelson has appeared in four episodes as Dale, a little league coach who is dating Meemaw following her split with Dr. Sturgis.

McEntire's character will reportedly form an unlikely friendship with Meemaw in a February episode of the show.

Read the full article at TVLine.com

The third season of Young Sheldon continues this Thursday, January 16 with "Body Glitter and a Mall Safety Kit".