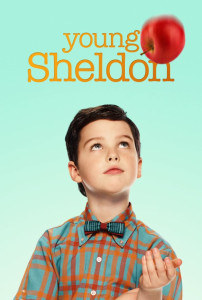 Young Sheldon will wrap up its second season on Thursday, May 16 at the special time of 9/8c. The season finale will follow the last ever episode of The Big Bang Theory, which is ending after a twelve-season run, at 8/7c.

CBS recently renewed Young Sheldon for another two seasons, taking the show through to its fourth season in 2020/21.