221 'A Broken Heart and a Crock Monster' Press Release 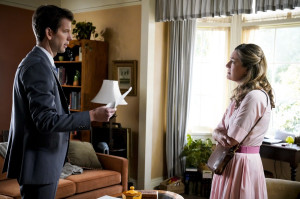 CBS has released the synopsis for the May 9 episode of Young Sheldon, "A Broken Heart and a Crock Monster".

A Broken Heart and a Crock Monster - The Coopers help Pastor Jeff (Matt Hobby) through a rough patch in his marriage. Also, Sheldon pressures church members for donations when Mary takes him to work for a day, on YOUNG SHELDON, Thursday, May 9 (8:31-9:01 PM, ET/PT) on the CBS Television Network.

The second season finale of Young Sheldon will air the following week. CBS has already renewed the show for another two seasons, taking the show through to its fourth season in 2020/21. 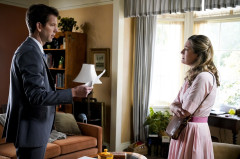 221. A Broken Heart and a Crock Monster

Pastor Jeff stays with the Coopers after his marriage hits a rough patch. After Sheldon joins his mother at work, he and Missy try to wring more donations out of the congregation. Meanwhile, Dr. Sturgis sees another side of Meemaw when he joins her at a casino.