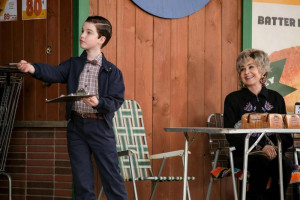 CBS has issued the press release for the next episode of Young Sheldon, "A Loaf of Bread and a Grand Old Flag", which airs this Thursday, February 21.

A Loaf of Bread and a Grand Old Flag – Things spiral out of control when Sheldon boycotts his favorite bread company. Also, Georgie offers Veronica a shoulder to cry on when she’s dumped by her boyfriend, on YOUNG SHELDON, Thursday, Feb. 21 (8:31-9:01 PM, ET/PT) on the CBS Television Network. 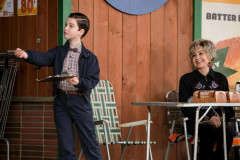 When Sheldon learns that the recipe of his favorite bread has been altered, he campaigns to reverse the change and unintentionally winds up at the center of a political storm. Meanwhile, Georgie tries to just be friends with Veronica after her boyfriend dumps her.