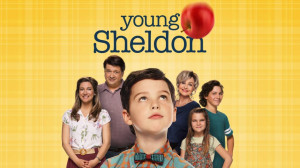 Craig T. Nelson (Coach, Parenthood) will have a recurring role on the upcoming third season of Young Sheldon, Deadline.com has reported.

In a nod to his most famous role, Nelson will be playing Coach Dale Ballard, a Little League baseball coach who has a disagreement with George when Missy wants to join the team.

Nelson is best known for his Emmy-award winning role as Hayden Fox, coach of a university football team, on the ABC sitcom Coach, which ran from 1989-1997. More recently, Nelson starred in the family drama series Parenthood, which ran for six seasons on NBC.

Nelson's character will be introduced in the sixth episode of the upcoming season. Young Sheldon returns for its third season on Thursday, September 26 at 8/7c on CBS.

Read the full story at Deadline.com

607 'A Tougher Nut and a Note on File' Press Release