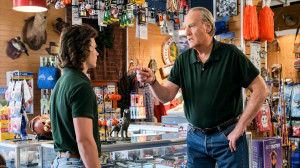 320. A Baby Tooth and the Egyptian God of Knowledge

When Sheldon is put under anesthetic at the dentist's office, he has a vision of a scientific breakthrough. Meanwhile, Dale leaves Georgie in charge of the store when he and Meemaw spend a weekend away.